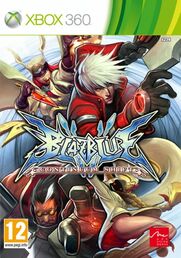 BlazBlue: Continuum Shift inherits all the key features of its predecessor while adding a few twists of its own. Tsubaki, ?-12 and Hazama will join the ranks of the veterans, who will be reborn with additional moves to their arsenal. With new modes like Beginner Mode and Tutorial Mode, even fighting game beginners can pull off combos like the pros and dive right into the action.