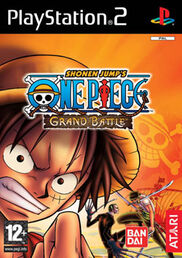 Ahoy there mi hearties! In a world of pirates, one man wants to become the greatest of them all: Monkey D. Luffy. Join Luffy as he sets out to sea in a rowboat, in search of “One Piece,” the greatest treasure in the world! Battle your way across the Grand Line to become King of the Pirates!

* 16 playable pirates with 32 additional support characters from the TV show!
* 6 game playmodes including Grand Battle and 2 player Versus Mode.
* Interactive 3D environments: pick up objects and use them to attack your opponent!
* 7 environments in which to battle your opponents, all faithfully recreated from the TV series.
* Each character has more than 20 regular moves, as well as special attacks and ultimate attacks!
* Unlock hidden features such as additional characters, costumes, items and mini-games.
* Collect items and gimmicks to power up or increase your skills. 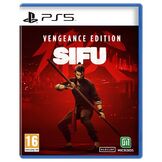