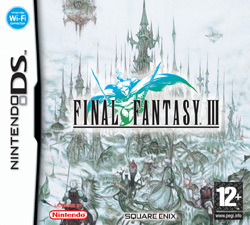 Protected by the crystals of light, the once peaceful land has forever been changed by the great tremor. Without warning, the earthquake pulled the crystals into the earth, upsetting the world’s fragile balance. It seems as if all hope is lost – but as the Gulgan prophecy foretold, four souls blessed with the light shall once again restore balance to the world.

Near the small village of Ur, fate guides Luneth to a sentient crystal that changes his life forever. As the light of the crystal fades, Luneth embarks on a journey to seek three others who share his destiny to search for the remaining crystals, and fight the battle of light and darkness.