The World Ends With You: Final Remix Switch 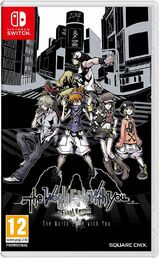 The World Ends With You: Final Remix Switch kansikuva

Welcome to Shibuya, a mishmash of attitudes and styles in the heart of Tokyo.

A boy named Neku wakes up in a crowded intersection with no idea how he got there. As he fumbles with a pin he found in his hand, he realizes he can hear other people’s thoughts.

Before he can make any sense of it, he receives a baffling text: “Clear this mission or face erasure.” Suddenly, a countdown appears in the pal mof his hand, and strange monsters—the Noise—attack.

In the confusion, he meets a girl named Shiki, who insists on teaming up. So begins their mad scramble as they fight off the Noise and try to survive seven days in the Reapers’ Game… 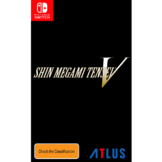