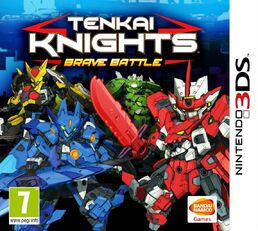 Engage in either solo mode or co-op story mode with a friend to complete missions based on the first season of the animated series. When players simply want to battle it out between each other, they can enter multiplayer battle-versus-mode to see who comes out on top as the ultimate Tenkai Knight. Players will be able to customize their Tenkai Knight with over 100 different parts to enhance their robot’s attributes and look as well as modify them to the player’s preferred battle style. However, even with a powerful robot, becoming the strongest will not be an easy task.