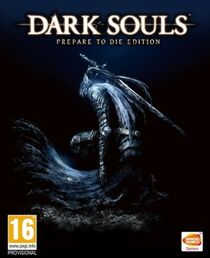 Dark Souls: Prepare to Die Edition will include an untold chapter in the world of Lordran where the player must stop the spread of darkness at all costs by facing and defeating the Dark Knight Artorias.

Extremely Deep, Dark & Difficult – Unforgiving in its punishment, yet rewarding for the determined – learn to strategize freely and conquer seemingly impossible challenges. Fully Seamless World – Explore a completely integrated world of dark fantasy where dungeons are seamlessly intertwined, with great height. Mastery Earns Progression – Contains 60 hours of gameplay, with nearly 100 uniquely despair-inducing monsters & an incredibly nuanced weaponry & magic spells system. Player success depends on their eventual mastery of how and when to use the magic spells, choice of armor, the number of weapons, the types of weapons, and the moves attached to the weapons. Network Play – Players may cross paths with one another, interacting with each other throughout the game even as each player plays their own game. Flexible Character Development & Role Play – As the player progresses, they must carefully choose which of their character’s abilities to enhance as this will determine their progression style. Community – See other real players and empathize with their journey, learn from seeing how others died, find and leave messages for your fellow players; helping them or leading them into death. Symbolic of Life & Hope – The Beacon Fire is an important feature of Dark Souls for many reasons. Though in gameplay it serves as a recovery and re-spawn point for players whose health gets low and is the one place in the dark world where players can find a fleeting moment of warmth and calm. 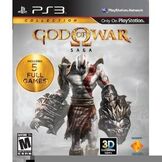 The Last of Us Game of the Year PS3