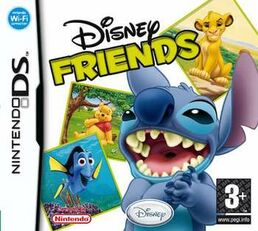 Published by Disney Interactive Studios, Disney Friends for Nintendo DS is a new virtual life simulator and adventure game featuring some of the most beloved characters from popular Disney films including The Lion King, Winnie the Pooh, Lilo & Stitch and Finding Nemo. Allowing players to befriend and interact with Stitch, Dory, Simba, and Winnie the Pooh, Disney Friends uses voice and touch to control the actions and emotional behaviours of the game’s characters. Disney Friends also features adventure elements, offering players the opportunity to bond with the characters while exploring memorable film environments and moments. The game encourages nurturing and reinforces positive values such as caring and responsibility, all while fostering players’ friendships with the film characters they already know and love.