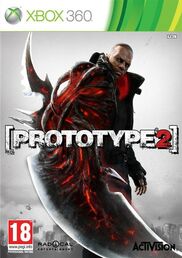 PROTOTYPE® 2 takes the unsurpassed carnage of the original PROTOTYPE and continues the experience of becoming the ultimate shape-shifting weapon. You are Sgt James Heller, husband to a deceased wife and child and a soldier left simply to die.

As the game’s all-new infected protagonist, players will experience Sgt James Heller cutting a bloody swathe through the wastelands of post-viral New York Zero. Equipped with unparalleled new shapeshifting powers,players will gradually build a vast genetic arsenal of deadly new biological weapons and abilities as they hunt, kill and consume their way toward the ultimate goal – to kill…Alex…Mercer!

Prototype 2 delivers the raw power of character customization back into your hands, allowing players to creatively mix-n-match a devastating range of new Mutation perks into their ultimate Prototype. Faster and bigger locomotion abilities, sharper claws or even enhanced disguise abilities – the choice is yours!

Imagine having the power to track down any enemy by unleashing a powerful sonar-pulse from your body! Sgt James Heller brings an all new dimension to the Prototype experience by letting you Hunt, Kill and Become anyone standing in your way. Disguise yourself as a soldier, scientist or anyone at all whilst absorbing their memories and acquiring new abilities. It doesn’t get any better than this!

The Power of Tendrils