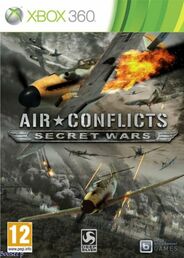 Seven campaigns, each based upon a resistance movement of the second World War

Uniquely historical battles such as the siege of Tobruk, the battle of the Neretva Bridge, and Operation Belt in Poland

Fight for the causes of key resistance movements such as the People‘s Liberation Army and Partisan Detachments of Yugoslavia, The Polish Armia Krajowa, and the French Maquis

Over twenty different landscapes, each individually detailed with period precision

Pilot more than 16 individual aircraft, in both World War One and World War II settings

The player can choose between two control schemes: Arcade and simulation. The first one makes the game easier to control, while the second one gives more options to control the aircraft

Several multiplayer modes, local and via internet for up to eight players